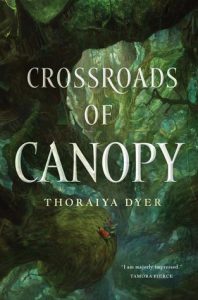 Hi all, I hope this blog post finds you well.

Aurora Australis is Alex Pierce’s monthly round up of Australian and New Zealand speculative fiction news, in particular focusing on publishing news, published at Tor.com. The September edition is out now, and well worth checking out if you like keeping up on the goings on of the Australian scene. While there are a few names I know listed this month, it is always pleasing to see a lot of names I don’t know – says good things about the health of the antipodean scene. Special shout out and congratulations to Zena Shapter for the announcement that her novel, Towards White, has been picked up  by the discerning people at IFWG Publishing Australia (Zena and I occasionally attend the same writing group, and I always get a kick out of seeing good news about people I have taken tea with!). Cat Sparks is also listed, as having released the cover of her new novel to the world.

Speaking of people it is a pleasure to take tea with, the very excellent Thoraiya Dyer’s upcoming novel, Crossroads of Canopy (book one in the Titan’s Forest trilogy), is now available for pre-order at Amazon (and other fine book retailers I’m sure). I’ve put my preorder in, and going off the quality of Thoraiya’s previous work, I’m very much looking forward to this as a post Christmas read (due out at the end of January 2017).

A reminder that submissions for the Aurealis Awards are open (and closing 7 December 2016), for works published in 2016. The Aurealis Awards are an Australian award which are judged by a panel (as opposed to the Ditmars, which are a popular vote). The awards are very prestigious in Australian circles, and there is a positively plethorific phalanx of 2016 judges lined up for the various categories, including the very excellent Rivqa Rafael, Robert Hood, Kirstyn McDermott and Ion Newcombe.

Tansy Rayner Roberts has been cleaning up her Patreon space, with new reward levels and goals. Roberts is one of the more innovative authors doing the rounds at the moment, and I’ve never regretted throwing my small amount of monthly support in her general direction. Well worth checking out.

The Coode St Podcast has had a run of really interesting interviews over the last few weeks, including Kelly Robson, Alastair Reynolds and Connie Willis, some of which were sourced at the recent world SF convention. The podcast is worth checking out if you’re interested in the history of the field and how it influences current writers.

I’ll publish the final part of my short story “Showdown” next week. What will I do after that? It’s easy to resist giving hints when I don’t know myself… In the meantime, feel free to catch up on parts 1, 2, 3 and 4!

Asymmetry by Thoraiya Dyer is the latest in the excellent Twelve Planets series from Twelfth Planet Press. It is one of the shorter books in the series, and includes the following stories:

Dyer has been winning a lot of awards over the last few years (e.g. recently won the Aurealis Award for her short piece The Wisdom of Ants) and I was keen to read this collection to get exposed to more of her writing. It is a diverse collection, from secondary world fantasy to science fiction (both far and near future) and with some urban fantasy thrown in for good measure.

After Hours starts the collection, with a tale set in rural Australia where werewolves guard an Australian army base. One of the point of view characters, Jess, is a newly minted vet, looking after the army base guard dogs (amongst other patients). Dyer captures the sense of a newly graduated professional quite well – many years of training behind you, but realising how little it actually applies to the real world. The changing point of view between the vet and a werewolf is effective, and the story conjures a sense of the Australian outback well.

Zadie, Scythe of the West is based in a matriarchal society where women are the warriors, and only able to kill as many people as they have brought into the world to create balance (although interestingly they can severely hurt as many people as they like). None of the characters is entirely sympathetic, but they are all very engaging. Issues of gender imbalance are thrown into sharp relief.

Wish Me Luck is set in a far future when an area of space has been discovered where luck can be harvested and commoditised. Another very engaging character, who starts the story in a very sympathetic light but is a very unreliable narrator. The premise of the world is interesting with a lot of background work done to underpin the story.

Seven Days in Paris explores near future use of technology to seek out terrorists. It is a slow-reveal story, so I can’t say too much about the plot without spoiling. I enjoyed the manner in which information is divulged and the ending of the story is lovely. Probably my favourite story of the collection.

I can see why Dyer is gathering such praise. The writing is tight, but very evocative and her development of characters across very short story arcs is enviable. Her thematic exploration of power imbalances in this collection is impressive; to create such an array of very different stories that each throws a contrasting light on the asymmetric theme is quite an achievement.

All in all a very interesting read and a great way to get exposed to one of Australia’s most talented writers in the short form. Highly recommended.