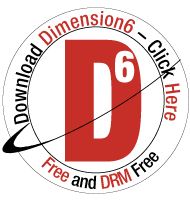 This website is an affiliate of Dimension6, where you can download each issue (or you can visit Dimension6‘s home page following the link on the icon above).

(This issue contains a novella length story by yours truly – The Reclaimers!)