This month I read (and reviewed) Vigil by Australian author Angela Slatter. I reviewed the book for the Australian Women Writers Reading challenge here, so you can read my opinion in great detail.

I also read the final “Long Earth” book by Terry Pratchett and Stephen Baxter, called The Long Cosmos. I’ve enjoyed the series without loving it, and I must admit that my primary motivation around this book was to be a completist. The writing was good, but I must admit that the plot didn’t really seem to build to anything. If you like the series, you’ll probably already have read the book. If not, you can quite safely give this one a miss.

I’ve started on The Grace of Kings by Ken Liu. I’m only a little way through the book, but enjoying it so far. It’s been a long introduction, but the characters are enjoyable and the world building interesting enough to carry me through. More next month!

Never having read any Lois McMaster Bujold, I’ve decided to give the Vorkosigan Saga a go. I’m starting with Falling Free. Hopefully I’ll have finished that next month too.

As reported last month, the second series’ of Dark Matter (a science fiction show that actually features a spaceship) and Killjoys (intergalactic bounty hunters) started back up. I’ve quite enjoyed both through the course of the month. Dark Matter is probably my favourite of the two, but only just. It is jumping around a bit cast wise, with one of the main cast from last season killed off and an array of new characters popping in and out. But the overall plot is interesting, and the acting good enough to keep me coming back.

Killjoys is getting better this season, with more of an overarching storyline to keep me interested. I think the show is a bit tighter this season.

I just today realised that the second series of Marvel’s Agent Carter is playing on one of the free to air channels (7flix). Fortunately their catch up TV still has the first six episodes so I’ll make a concerted effort to catch up.

A lot of movies this month. Last month I mentioned that my 8-year old daughter and I were going to see Ghostbusters. My daughter really enjoyed the movie, and loved the cast (and the “icky ghosts”). The movie was everything I was hoping it would be in terms of strong female cast, good story, good special effects etc. I’ve read some commentary about some people being disappointed, but it did everything I wanted it to. Well worth going, especially if you’ve got a young person in your life who’d like to see strong representations of women on the big screen.

I also went to the IMAX in Sydney to see the new Star Trek movie, Star Trek Beyond. I think this might be my favourite of the three new reboot movies, with a strong storyline and some great set pieces. The characters were strongly played (although seriously, how many times can they go back to the Mr-Spock-doesn’t-have-feelings-except-yes-he-actually-does-oh-he-is-human-afterall well?) and there was a good balance of action and humour. Clearly you’re probably not going to see the movie unless you’re a Star Trek fan, but I would say that if you like science fiction generally, this is the Star Trek movie I’d probably recommend for you.

Speaking of Star Trek, has anyone else seen the news that there is going to be a new Star Trek TV series starting early next year? And that Australian Netflix is going to show the episodes the day after they air in the US? I can’t seem to find any further details than that, but the news has made me unreasonably excited.

This weekend I also saw Suicide Squad. Look, I don’t don’t really want to get on the Suicide Squad bashing bandwagon. It’s not the greatest film in the world. You can probably wait until it comes out on DVD. Introducing such a lot of relatively unknown characters in one movie means that a LOT of time is dedicated to backstory. And the team bond together remarkably quickly considering they are all bad guys. But if you’re willing to suspend your disbelief it is a harmless enough way to kill a couple of hours. It gets a “meh” from me.

Not much else this month. I’m not going to be at my computer next Sunday, so next week’s post might be a little delayed (I’ll try the automatic publish thing but quite frankly it has not served me well in the past). If it doesn’t work, I’ll publish on Tuesday. Promise! 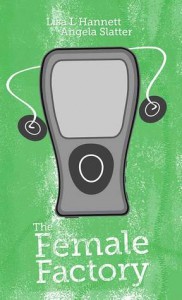