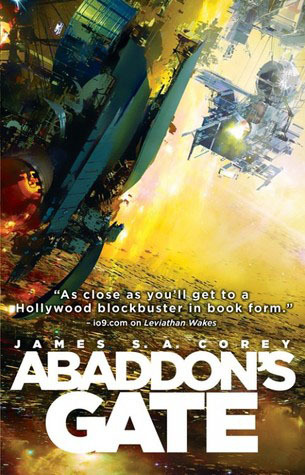 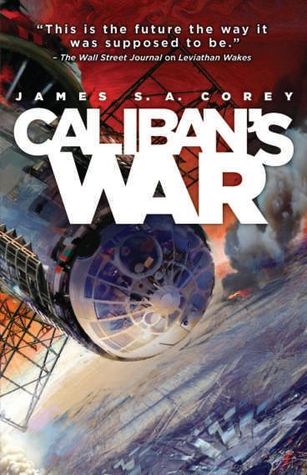 I first came across the first book of the Expanse trilogy Leviathan Wakes by James S.A. Corey (pseudonym for the collaboration of authors Daniel Abraham and Ty Franck) in a review of one of the later books in the series on the Random Alex website. I have been looking for some good old fashioned space opera, and while Alex’s review of Leviathan Wakes itself was a little underwhelming, I was drawn in by her description of the series as a whole.

The series is made up of three books:

I’ve heard a lot of discussions about inside the solar system space opera, but this was my first experience with the trend. I must say I enjoyed the trilogy. For one, I actually went on and read the whole series (rather than putting down the first book and saying “I must get back to that later” as is my usual style). That’s got to be a good sign, right? I think it also came at a time where I needed some reading that was interesting but not too intellectually taxing – this fit that bill quite nicely too.

The characters were relatable (if suffering from perhaps a lack of female perspective in the first book). There was plenty of action, solar system spanning politics, alien intrigue, Rag tag crew, advanced space ship, fighting the forces of oppression etc – all good stuff. I found the exploration of a “realistic” (read “no faster than light travel”) solar system very engaging. The mechanisms used to colonise the planets/moons, the impact of different gravity environments on human physiology and the resultant “race” relations that ensue, the creation of a new frontier society and the ongoing impact of corporations on the expansion into space – these were all interesting themes explored around the edges of the main story.

I enjoyed the plot of the first book, Leviathan Wakes. It was self contained, had a fairly solid mystery at the core and resolved somewhat satisfactorily. The next two books grew grander and grander in their scope, but didn’t seem as tight as the first book.

I read in the latest issue of Locus that the series has been optioned for TV, and I’m not surprised. The books seemed written with at least the possibility of a TV/movie adaption in mind – big ships, big explosions etc. I understand one of the authors is George RR Martin’s assistant in another life – I guess being around that much TV success probably has a way of rubbing off on a person!

I also read a somewhat shorter novella The Butcher of Anderson Station, which tells the story of one of the minor characters of the main series. If you like the novels, this is worth reading – quick and gives more depth to the universe created by the authors.

Great popcorn reading, well worth the price of admission.

I also reviewed this series on Goodreads. View all my reviews.

2 thoughts on “The Expanse Trilogy by James S.A. Corey – review”